Once More Into The Breach

Kage Baker was invited many times to write a blog.  One blog site owner demanded she do so, stating no one would read her books unless she also published a blog. Kage declined both kind invitations and blackmailing attempts, saying (honestly) that she just did not have the time.

When she had something to say, she averred, she wrote a story. That worked well for her. She didn’t like wearing her emotions on her sleeve, as it were, and solved the puzzle of how much to share by restricting her reveals to her books. Some of them are obvious; some of them are in code: but all of them were displayed only and exactly as Kage designed. She was generous with her heart, but she didn’t make it easy for people to translate.

“I proclaim. I orate. I explicate, explain and expose. I even pontificate,” she once said. “But I do not freaking share. That’s something you do with socks and chocolate bars.”

Though, truth to tell,  Kage didn’t share chocolate all that well …

Anyway, I am a little different. I’d like to think I have a certain mature reserve when it comes to emotional displays, but actually – if I hurt long enough, I yell and whine and complain. And you, Dear Readers, have been a wonderfully sympathetic and intelligent sounding board for even my most puerile maunderings. Thank you, Dear Readers, and please accept my apologies for my lapses.

For the past 3 3/4 years, I’ve been finding my way along the path Kage laid out. I’m walking in her footsteps, and most of the time I am acutely aware that her stride was 4 inches longer than mine … but for me, blogging and writing have fit well together. The creative tavern puzzle they form has been a good one for me; I’ve produced over 800 of these little lectures, finished Kage’s last novel, written 3 short stories.

When Kage first died, someone told me to expect a month of mourning for every year of a relationship. Depending on whether you charted ours from childhood or from adolescence (when the writing collaboration began), I figured I had between 4 and 6 years of mourning. And I assumed it would gradually get easier, through this period, to re-invent my life.

I was wrong. Or the person who quoted that time scale was wrong. It’s possible I’m just not the sort of person for whom such a sliding scale will work; it’s also possible that time period was made up by some refugee from Hallmark cards who’d never lost anyone and had the sensitivity of a brick. All I know is, grief has admitted to no diminuation. Whenever it seems to die back a little, it apparently simply retreats to some hidden volcano lair; from whence it inevitably bursts forth to ambush me as soon as I relax …

And, of course, the world continues to wag on in its usual way, as well. Only worse. The news is full of terror and tragedy. Africa is wounded near to death, and appears to have contracted a continent-wide case of gangrene. In India, Thailand, Myanmar, and Malaysia, militant Islamic and Buddhist gangs are  attacking one another. Buddhist gangs? Surely, that should be an oxymoron! Russia is regressing to a repressive theocracy. The Middle East is fuming and erupting like the mud pots in Disney’s Painted Desert – loud, improbable, uncontrollable. Europe is bankrupt and drawing lots to decide who in the lifeboat gets eaten first.

And as I sit here writing, the US government is shut down; in a fortnight, we’ll be defaulting on our international debts. A woman ran her car into a security barrier at the White House gates this morning, and was chased into the Capitol building complex by police before being stopped. She is reported dead now, so it’s anyone’s guess why this happened. But I doubt it’s a nice story.

These last couple of weeks, I have been increasingly depressed. It took me a little while to realize that – getting depressed feels amazingly like coming down with a cold, you know – but sometime last week I hit bottom. I’ve been living in other people’s books (my standard refuge) all night, sleeping all day, cringing from sunlight and holy water and all that darkside stuff. Even frequent applications of a new kitten has had but temporary affect.

I miss Kage. I miss what my life was 3 years ago. I feel like this will never end, and I’ll be grimly hacking my way through a jungle of thorns forever. I am really, really sorry for myself; which is no great help to my mood, either.

But … I have obligations and duties. Even more importantly, I seem to have developed some actual desires lately.  My mind keeps having ideas, which it leaves all over the floor of  my brain so I fall over them every day: and I want to do something with them. In fact, I just sent off a story to Linn-the-patient-agent. It should be followed sometime this month with the latest last draft of an actual novel. And November is heaving on the horizon, which means it is almost time to write 50,000 words in 30 days again – a devotional manic episode I must indulge.

And there are Halloween Oreos out now. And candy corn. And orange chocolate marshmallow pumpkins. The temperature is dropping, the nights are cool, the leaves are turning. The geese wing over the house every dawn now, singing like French horns.

Time to pick up those tavern puzzles again; time to see if I can untie the knots in cold iron. Time to get back to work. 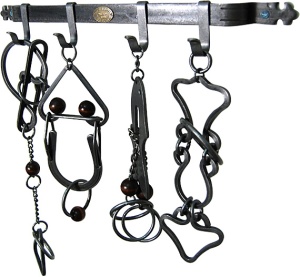 Because, you know, nothing matters. Except the work.

14 Responses to Once More Into The Breach