The Virtues of Preparation

Kage Baker was a staunch proponent of preparation.

Measure twice, cut once she would intone. It’s a poor workman blames his tools. An ounce of prevention is worth a pound of cure.

A philosophy with which anyone would agree. Unless it was Kage who had been so anxious to get to a task that she had neglected to lay out all her pens, or dedicated juju, or the book she’d been hoarding on Apports Through History. When some irreplaceable portion of her kit was found to be missing an hour into the project, all hell broke loose.The hounds were released, Harry would shout and sing and jump up and down on his perch, and the entire household would be scrambled to find the pertinent artifact.

And when once Kage was finally settled with all she needed to hand, she would usually remind me severely that this was why is was so important to get everything set up within arms reach before you started.

“I’m not the one who misplaced your sextant,” I would protest.

“Not this time. But usually, you are,” Kage would say.

Which was a fair cop. It usually takes me two or three tries to get settled down with all my tools when I sit down to sew, or knit, or do the taxes, or wrap presents. And even when I have everything at the start, the Scotch tape or the scissors or the whole freaking pattern   crawls away and hides as soon as I get thoroughly engrossed.

Today, I decided that knitting would be my in-between task; this, as opposed to reading and eating Christmas cookies, which have been my displacement activities for the last fortnight. And I like to have more than one project on the needles at once. That way, if I grow weary or exasperated with one, I can turn to the other for a while. It clears my mind for the day’s writing, and is also a nice activity during family time with the telly.

“Knitting.” Kimberly told me this weekend, “is how busy people sit still.”

I like that. It makes me feel … competent. Kimberly also likes hand work; she can knit, but is a whiz at crochet. It being the season for charitable activity, I’ve found a nice project we can work on together – knitting and crocheting blankets for the children of wounded veterans.

I like knitting for military folks, and their families. I’ve made socks and scarves and caps. I’cw knitted balaclavas for the troops on duty in Afghanistan. I liked working on those during Dickens Fair especially, as it was something ladies did in England in the 19th century – and now we needed to do it again in 21st century America. It was a useful project, and it gave me something to talk about with the audience, something they could really understand.

Blankies for kids whose moms or dads are far away – or missing – or home, but wounded … well, that seems very important. Kimberly and I were both eager to start today. We went and shopped for just the right yarns, just the right needles and hooks; came home and set right to it.

I promptly screwed up my pattern, forgetting entirely what I was trying to produce. Thus, I first knit 10 rows on my blanket, then tinked the last 3. “Tinking” in knitting: backwards. There are two ways of taking out errors – ripping out all the stitches, or tinking. Tearing out is fast, and if you are very handy you’ll be able to recapture all the unsecured stitches without dropping any and producing a hole in the finished fabric. Tinking takes longer, but you don’t loosen a stitch before it’s on a second needle: so you never lose any, and can pick up your fabric again with a smooth margin.

I tinked a lot today. Then I got up for  but a moment, leaving my knitting on the couch – and when I returned, Harry had fulfilled one of his lasting heart’s desires and attacked my knitting in my absence. He always does this with great cunning and in fiendish silence – by the time he got caught at it, he had chewed the square end of one knitting needle into a round knob. The other needle he had yanked right out of the knitting (dropping 3 stitches into the bargain), and split the long shaft of it like an exploding cigar or a banana peel cannon in a Warner Brothers cartoon. 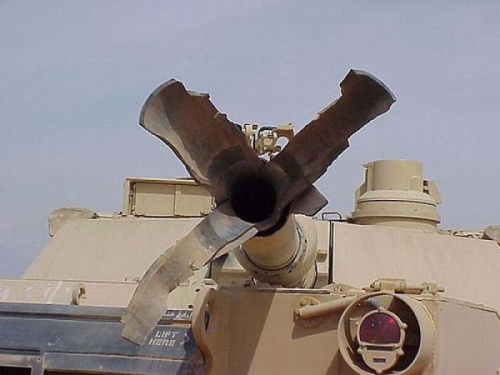 So I went hunting through my knitting supplies for another pair of needles the same size. I found needles of steel, needles of a rare woods like rosewood and ebony; carbon fibre needles, bone needles; oak, ash and thorn needles. Needles in every size from 0 to 15, suitable for faerie lace or fishing nets: and finally, ONE (1)!! pair of plain bamboo No. 10’s, unchewed by my evolved dinosaur …

And when I had gotten all the fabric picked up and re-knitted and facing the right direction on the new needles – then, Dear Readers, I discovered I had forgotten to change the body of the blanket to the second colour in my pattern, and was blithely and blindly knitting across in the trim colour. So I tinked another couple rows.

At this point, I decided I’d had quite enough displacement activity and it was time to get to writing, My writing cap was firmly settled, the  festive tassel just finishing its first parabola at the back of my head, when it was suddenly time for dinner …

But now Harry has gone to bed. I’ve found my second colour yarn and am ready to resume knitting a blankie. And if I’d just remembered Kage’s advice about being ready a little sooner, I’d be a good hand’s span into the finished product by now, instead of making the tremulous shift from edging to body.

But, hey, it’s no loss in the long run. I have my scissor now, my tape measure shaped like a sheep, my Knitters Dictionary in case I forget how to purl, my pretty glass knitter’s rosary to count rows. I have my pattern and all the colours called for in it. And Kimberly is two crocheted squares ahead of my knitting, so I have incentive to get it right and caught up, too.

Knitting or tinking, Dear Readers: as long as there’s a prayer in every stitch, it all comes out right in the end. As long as you’re prepared.

I am Kage Baker's sister. Kage was/is a well-known science fiction writer, who died on January 31, 2010. She told me to keep her work going - I'm doing that. This blog will document the process.
View all posts by Kate →
This entry was posted in Uncategorized and tagged DIY, kage baker. Bookmark the permalink.

8 Responses to The Virtues of Preparation