Kage Baker was fascinated by the differences between surfaces and interiors. That constantly occurring mystery – what lies beneath? – struck her as one of the more important questions in the general philosophy of life.

Maybe it was because she trusted nothing very much; she always suspected there was something untold, unrevealed in what she encountered. Maybe it was because she felt that the more you know about something, the more complex it becomes: not a bad thing at all, but something that was brought home forcefully to Kage every time she started research on something. No matter what she thought she needed for a story, the actual information presented an entirely new and different story than what she had expected. Many of her stories were utterly transformed in utero by those discoveries.

This has come to the surface of my own mind (ha ha) because I just finished an article on How Kage Wrote Sky Coyote, for Stefan Raets’ wonderful re-read of The Company Series, on tor.com. (It should be published in the next week or so.) The nature of surfaces – truth versus reality – looms large in Sky Coyote.  What you see, as opposed to what you get, is one of the main themes of the novel. That entire world is painted on layer after layer of delicate scrims, hung in front of a spotlight – one by one, they are whisked aside, torn down or go up in flames like flash paper, leaving the audience blinded by the sudden light. And that has enormous consequences for everyone.

The idea was also on my mind because of the simple physical difficulties in producing the article at all. I am essentially one-eyed at the moment; and while I am sporting some nifty eye patches, I am also finding that coping with surfaces has become a challenge in dimensions. Like, there are either too many or too few.

My depth perception is seriously hinky. When I walk, the ground beneath my feet appears to be composed of thin layers, which melt to reveal one another as my foot approaches a spot to settle. It looks like a thin layer subsumes under the approaching weight of my foot to show me the actual floor a couple of inches below it. Since this is an optical illusion, I either stomp down on a surface that is already right under my foot, or I hesitate to step down at all and miss the step. I lurch a lot, and carom off doorway edges. The cats VTOL around my unsteady progress like dolphins in a ship’s wake.

I also keep trying to reach through objects, because my depth perception is as screwed vertically as it is horizontally; I tend to ram my hand into something I think is 6 inches further away than it really is. I straight-arm glasses into mid-air. I tried to put a jar of mayonnaise away in the fridge the other day – I put it firmly on the shelf with both careful hands and let go. Unfortunately, it was still sitting on thin, thin air, and plummeted to the floor – where the lid popped off and mayonnaise fountained everywhere.

I also think moving objects are right on the end of my nose. The whirling overhead fan in my bedroom keeps appearing, to my incautiously-opened eyes at night, as a writhing bug on the edge of CPAP mask: much screaming results, as well as flying CPAP equipment. Putting on my glasses means risking ramming them up my nose. I can’t be sure how far down the food on my plate is, or how far away from my mouth a laden fork might be: I’m mostly eating with a spoon, rather than get a fork in the face.

I’m getting better, though. I’m learning things, and of course I have Kimberly to assist with the writing. There is nothing to cure writer’s block like discovering you CANNOT WRITE – no, really, it’s physically impossible, so sorry, you’re a literary gimp now. So I’ve adjusted and found alternative ways; and finally things are working a little.

This has been getting worse for a few months, Dear Readers; and I’m not scheduled to see the specialist until September 8th. Cataract removal will be scheduled as soon as I can badger someone into it after that – nor am I picky about the method. I have an historian friend who could probably be persuaded to try pricking my eyes with a needle (a medieval method) if I whine at him enough …

In the meantime, though, I soldier on. I am hoping the exploration of my condition will be interesting and amusing – I am learning amazing things every day; when the world appears to be made of layers of tissue like a paper-wrapped surprise ball (Hey, Becky, remember making those for Dickens Fair?), what will appear next is a constant wonder.

However, Dear Readers, I must confess – in the Land of the Blind, the one-eyed woman is not Queen. She’s bruised, squinting and tilted. And her feet are covered in mayonnaise. 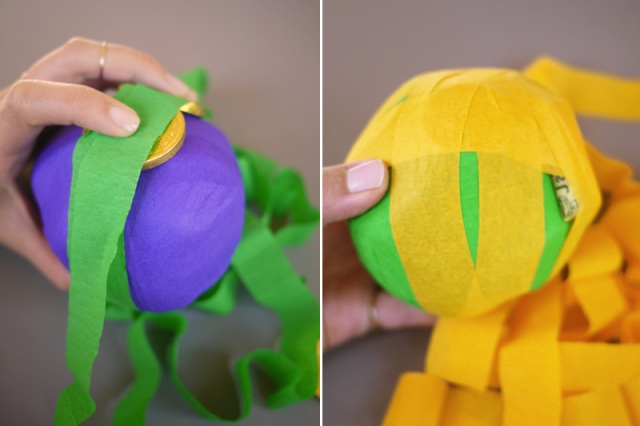 I am Kage Baker's sister. Kage was/is a well-known science fiction writer, who died on January 31, 2010. She told me to keep her work going - I'm doing that. This blog will document the process.
View all posts by Kate →
This entry was posted in Uncategorized and tagged blind, kage baker, mayonnaise, Sky Coyote. Bookmark the permalink.