Finding A Way: I May Need A Clue But I’m Working On It

Kage Baker had a sharp personal dislike of cliches. Aphorisms, folk sayings, pithy one-liners displaying the deep inner wisdom of the speaker: they all, as she put it, gave her “the pip”.

I”m not sure what “the pip” is, but it always sounded serious. Probably fatal, too; at least, for whatever made her feel that way.

She had a deep and abiding scorn for those who considered themselves The Wise. She especially hated Wise Women, because she seemed to attract those in particular – older , or at least larger, women who presented themselves as fountains of right-thinking and goddesshood. (Kage could hold her own against mansplaining, and I never saw her defeated by a pompous male; when you grow up with multiple younger brothers, you develop both an allergy and a resistance to mansplaining.) She  despised Wise Woman so much, she used them several times as minor stereotypes in her stories. Sometimes, as in Sky Coyote, they even get into fights over who is the Wisest Woman of all …

Literary or cinematic characters who behaved that way made Kage especially nuts. I think it was because she couldn’t argue with them, or make them change. Whatever stupid, overbearing thing they said, it was permanent. No amount of yelling at the screen or the printed page (which happened a lot in in our house) was going to shut them up, or knock that mealy-mouthed look off their faces. It was one of the things she detested about TLOTR books and movies; except when Gandalf got snarky about the councils of the The Wise screwing up: Kage liked that.

She got especially vicious about science fiction. Part of that was because, as a female writer in the Old Boys’ Club of the science fiction community, she encountered a lot of annoying pontificating among male authors and fans alike. And part of it was, I think, because she grew up in the 50’s, 60’s and into the 70’s –  it was a steady diet of classic, cheesy movies just overflowing with patent medicine wisdom, most of it blatantly based on 1950’s masculine ideals.

That last one, admittedly, is from the 1990’s – when a new Golden Age of good movies began; for some science fiction, it was when good movies began to be made at all. But they still used those self-congratulatory aphorisms, and “Life will find a way” made Kage particularly insane. Jeff Goldblum was awfully attractive; but  Jurassic Park was chock-full of scientific error and nonsense, and that phrase just came to symbolize the entire pop culture pseudo-wisdom syndrome.

“Life doesn’t find a way,” Kage said, glowering. “Life usually just dies; or turns into something else, or moves away. Some problems are damned permanent!”

Kage did not approve of anything silly. Not even hope. If hope was going to be silly about it, she would do without and slog on relentlessly hopeless.

I have tried to imagine what she would be doing in the current ambient environment of the US, and I’ve failed. I’m pretty sure I’d have had to disconnect most electronic paths into  the household, and installed filters so Kage never had to look at a news channel online. I’d have had to hide the daily newspaper; I’d have blocked most of the telly channels. I would have been translating everything before it got to her, just to ensure that she had access to ideas and research without having her head blow up from the horror of real life.

My only personal recourse since we entered 2017 has been a general retreat from the world. I need to be informed; I want to do a certain amount of responsible, adult stuff, you know? So it’s hard, and I slip up a lot, and horrible things do creep into my view; where, of course, they caper and gibber and cock snooks at me in petty demonic glee.  But I persevere! NOT because life finds a way, because it freaking doesn’t – I do it because, so long as I can avoid despair, I can manage without hope.

Thank you, Professor Tolkien. I appreciate you.

Recently, a nice gentleman suggested to me that I needed to let Kage go and live my own life.  It was well-intentioned advice and I’m grateful, but it missed the point that I am doing that: everything I do right now is in the service of carving out my life on my own. If I were clinging to Kage, her life, her reputation or her ashes, I would long ago have died from the sheer weight of grief. Instead, Kage left me a clearly-marked path to independence, creativity, and the feeling that – although I am old, slow and fat – I am still living a life of purpose.

Why, only today I sent a note off to my agent, asking what hole my recent stories had fallen down, and what the inexplicable paperwork I’d just gotten from Italy meant. Of such world-shaking concerns is a writer’s life filled to the brim …

And it is a life, and it is mine, and it is filled to overflowing with – as R.L. Stevenson noted – a number of things. Life has no idea what is doing, and the way is by no imagination clear or obvious. But it all goes on regardless, Dear Readers; we all go along with it, too.

And, not to be cliched about it, but we should all be as happy as kings.* 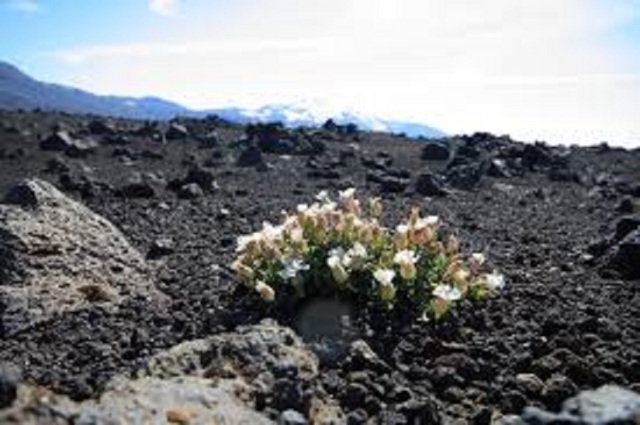 *”The world is so full of a number of things/I’m sure we should all be as happy as kings!” From A Child’s Garden of Verses

I am Kage Baker's sister. Kage was/is a well-known science fiction writer, who died on January 31, 2010. She told me to keep her work going - I'm doing that. This blog will document the process.
View all posts by Kate →
This entry was posted in Uncategorized and tagged Cliches, Homilies, kage baker, Stevenson, survival, Wisdom. Bookmark the permalink.