Kage Baker liked fruit, but not just any fruit. No one likes just any fruit, I suspect – does anyone really like Red or Yellow Delicious Apples? – but Kage really liked exotic stuff. At least, she liked the idea of exotic fruit, and we had some wild searches for things that caught her fancy.

She liked cherimoyas, for instance: a South American fruit that looks like a pangolin curled up in a ball, and tastes like a mixed fruit custard. They grow all over LA and can be found in most stores. She liked coconuts, green and ripe, and devised many interesting ways to get into them, depending on which tools we could find at the time. She liked heirloom apples tremendously; and successfully grew Cox’s Orange Pippins in our Pismo Beach garden. Other exotics she got from the apple stand in Gopher Gulch, up See Canyon Road in Pismo … man, those were great.

She wanted to try jackfruit – which is hilariously huge, looks like a pod from The Body Snatchers and supposedly taste like pulled pork when cooked; but we could never find any in her lifetime. Breadfruit, a jackfruit relative that tastes like – surprise – bread, also intrigued her. But we could never lay hands on that either, alas. She also wanted to try durian – a fruit that looks like a giant sycamore burr, and supposedly smells like rotting flesh. It’s supposed to taste better than that, which I’d think wouldn’t be difficult, but that was one thing I refused to try. I wouldn’t even try to find any so Kage, alone, could try it. She had to be satisfied with written descriptions, and with feeding it to the evil Enforcers at their ultimate, deadly banquet.

Lichees, loquats, kumquats – all available in most markets now, but exotic and rare in our youth. Except that, like the cherimoyas, they are grown all over Los Angeles, for unknown reasons. We were garden robbers in our adolescence, I am afraid; though only so far as we could reach over fences and so much as we could fit in our pockets. Lichees and loquats are sort of bland and boring, but Kage liked them. Me, I adore kumquats: which really do taste even better when clandestinely harvested from a neighbor’s tree …

Which brings us back to grapes! Dear Readers, I have identified Kage’s mystery grape -or rather, Kimberly identified it about an hour after I posted that blog. It’s a Skuppernong! Which is even sillier than the names I made up … Carolyn Gibson identified it as one of the muscats, which Skuppernongs definitely are; she also suggested that the usually round Skuppernongs can be induced to elongate into the lozenge shape Kage remembered, by the application of gibberellic acid, a topical hormone used to accelerate grape growth.

And so the usefulness of research is used once again. Ta da!  Thank you, Kimberly and Carolyn.

And now, a brief excerpt from the Zombie Story. It’s only 2 or 3 pages; it was a rough day. More of something or other tomorrow, Dear Readers. I am on a roll! Thanks to you all for encouraging and indulging me so much.

I stayed indoors for days. I told myself I would look for other survivors if the water or power failed, but the utilities continued to come through. I figured there must be crews holed up in every pumping station and power house: those buildings were famous for being ugly little windowless boxes, which are really great places in a zombie apocalypse. We had enough supplies for days, Murphy and me. I pulled the blankets and pillows off my bed into our nest in the living room, and we sat and watched television while I surfed the Web.

The reports online were dreadful, and not only in content. Most were either salvaged footage from remains of zombie feasts – zombies don’t eat phones, obviously – or they were shot by the sort of giggling morons who stage deadly stunts for YouTube. A lot started out as stupid stunts and ended up as leftovers, which Murphy and I agreed was not too surprising.

Reports online were getting most of their new contents from the man-in-the-street-running-for-his-life film. Sometimes that man was their own reporter. More often, it was someone’s surviving family turning over their footage for a price. What they thought they were going to spend it on was beyond me. One thing that the footage made clear was that most of the United States was in a state of terrified siege; and if you lived in a city, it was much worse. You were a lot likelier to be a brief obituary in found film.

The Federal government was mostly silent for the early bits. The official story, put out by whatever was left of the military (and that was mostly the Coast Guard, God help us) was that the President was safe under Cheyenne Mountain, but rendered incommunicado by the destruction of the phone lines. Maybe zombies chewed on them, the way squirrels do … but all the footage out of D.C. showed smoking ruins all around the National Mall, and a slow, seething, crowd wandering aimlessly between what was left of the White House and the Capitol Building.

The Lincoln Memorial, oddly, was unscathed. Full of zombies, but they were slow and quiet. The memory of Lincoln was apparently undead-proof.

Cities were in the worst shape – well, that’s where most of the humans are, right? But all the amateur film made it clear that smaller towns, villages, hamlets and highway rest stops were also eating themselves out of house, home and neighbors. They just weren’t making as much of a fuss about it. Fewer of them actually burned, for instance.

Miami was apparently over-run in about a week. That was the only complete city-wide infestation, though; in retrospect, it was clear that the zombie infection must have been burning slowly in Florida for years. Everywhere else, the apocalypse tended to be siege situations in specific neighborhoods. Gated communities were safer, unless zombies surfaced inside the walls – then, they became abattoirs. But since the zombies couldn’t get out easily, either, the neighborhoods next door stayed safe. It was a weird, patchwork effect.

FEMA was useless from the beginning. It didn’t help that their upper echelon was almost immediately eaten. It probably didn’t hurt, either, but they still had no recourse against zombies. They couldn’t come up with a way to shelter people; and unless the storms had already washed away your house, zombies certainly didn’t, and FEMA didn’t seem to know what to do except with the aftermath of a flood … A lot of zombies kept living in their own houses, in fact. Others ate the FEMA teams delivering useless trailers, and then lived in the trailers.

This wasn’t a city-leveling disaster, and you never knew when a quiet street or office building might be harboring zombies. Hell, you couldn’t tell sometimes until the UPS man took a bite out of you – they all looked pretty normal at first. After a while, they began to look sort of … withered is the best word, as well as ragged and dirty; but they didn’t shamble or moan. Your neighbor might look like he’d just had a hard weekend at first, and be talking about the weather right before he bit your nose off …

This created problems for the police, the National Guard, and the Army, too. Which disheveled citizens do you shoot? It gradually turned out that the quieter ones were probably the zombies, but it wasn’t always a truism – a lot of people got shot because they obediently held their hands up and tried to obey orders, and then were shot for being too calm. And what happened then … well, gamers have an old joke about “Eat the dead!” It didn’t stay a joke for long.

They say – the ubiquitous they – that no major city is more than a week away from starving to death. Turns out they aren’t more than a 3-day weekend from collapsing into chaos when there is too much to eat. If it’s the wrong thing to eat, anyway. 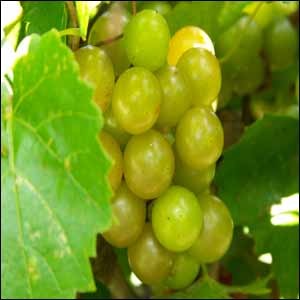 I am Kage Baker's sister. Kage was/is a well-known science fiction writer, who died on January 31, 2010. She told me to keep her work going - I'm doing that. This blog will document the process.
View all posts by Kate →
This entry was posted in Uncategorized and tagged cherimoya, durian, jackfruit, kage baker, skuppernongs, zombies. Bookmark the permalink.