Portents of an Early Autumn

Kage Baker always mourned the end of summer. Not only was Summer her favourite season, she found serious drawbacks to the approach of Fall. A shirt-sleeve environment, for Kage, failed below 75 degrees.

When the crepe myrtles began to blossom, and back to school sales appeared everywhere; when the furnace breath of day grew into a cold draft on the back of the neck at sunset – Kage went around muttering like the end of the world was nigh. Plums were replaced by apples. Grilled meat went cold in the brief space between the barbecue and the plate. Iced drinks became redundant, and the festive paper parasols of Summer were supplanted by cold, glassy swizzle sticks. And even glass pineapples were insufficient to make up for darkness at 6 PM.

Kage had to work herself into appreciating the specific joys of Autumn. Turning leaves initially depressed her – until they fell in sufficient crunchy piles to jump in and crunch. She refused to look at Halloween candy displays until October 1st, so the September displays of Peeps were an affront to decency. Marshmallow ghosts and owls and jack o’lanterns and bats were poisonous no matter how much chocolate covered them; no decoration was permitted out of the boxes until the month went double-digit: not even the animated Monster Mash Ball with waltzing couples of Famous Monsters of Filmland 2 x 2 like a creeped out Noah’s Ark. Or the howling haunted pirate ship, with flashing red cannon … 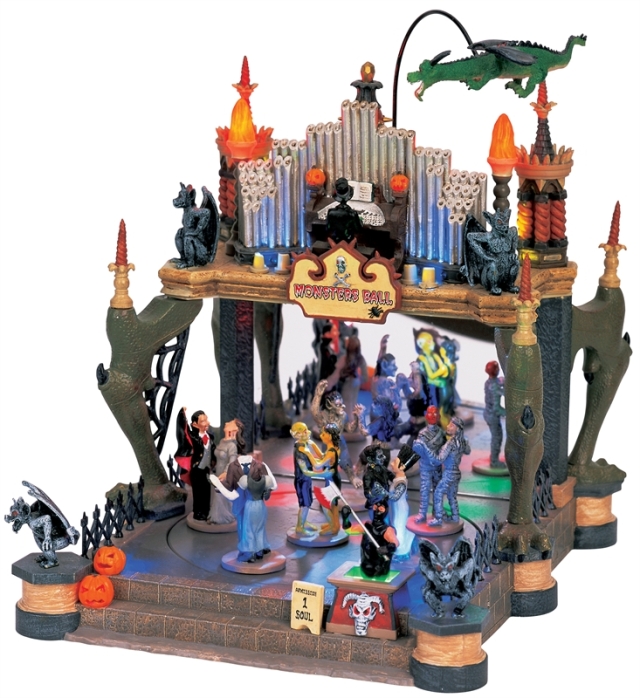 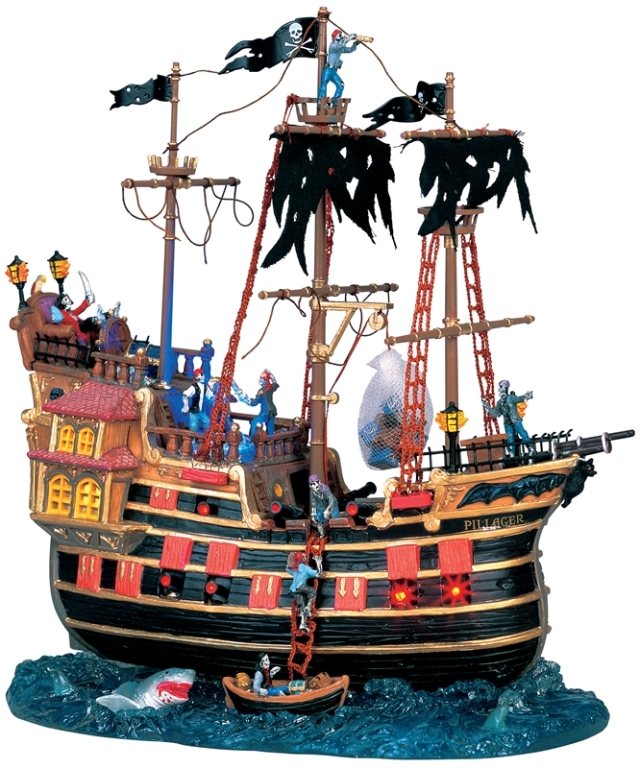 And why am I so taken with this memory this right now? It is, after all, only September 4th.  But the whole pivot of the season has come vaulting into sight today. While perusing yarn at Joann’s Fabrics, I found the shelves were thick with bat socks, candy corn, owl lights, glitter skulls and a cornucopia of Halloween fabrics from cozy zombie-printed flannel to glittering slime-green tulle. And the weather has turned cooler suddenly.  And the camphor trees are showing scarlet leaves like exotic goldfish, while the mulberry trees are suddenly exposing bare white limbs shamelessly with every still-warm breeze …

I’m not sleeping. My brain, it teems with endless schemes. High time, too, Dear Readers; it’s been an indolent summer (not to mention occasionally semi-conscious) but abruptly, my energy level is rising and my brain is sputtering back to life. If past Autumns are any guide, this one is going to be early – and I’ll stop sleeping at night altogether, and pretty much be awake until next Imbolc. Long nights of creation, and then afternoon naps; fire in the brain and then narcolepsy as the leaves drift past the windows on the wet winds.

I’ve gotten a request from a lady who wants to translate Kage’s “The Green Bird” into Esperanto, of all things. And, most timely, I have a new/old agent, having returned with mutual relief to the haven of the excellent Virginia Kidd Agency. They inform me that Tor is making inquiries about an old story idea …. and I bet I have the notes. It may be a good season for Harvest Home, after all.

It’s my favourite season, you see. I can adjust in a snap to the orange and black banners, the green and purple glitter. Bring on the pumpkin lights, the eyes in the darkened bushes, the sourceless shadows of wings at the window! You can’t have too much candy corn, or marshmallow ghosties; never enough cold winds, or flaming leaves, or bare tree limbs stark and graceful against the frozen red flame of the early sunset.

I am Kage Baker's sister. Kage was/is a well-known science fiction writer, who died on January 31, 2010. She told me to keep her work going - I'm doing that. This blog will document the process.
View all posts by Kate →
This entry was posted in Uncategorized and tagged candy corn, kage baker. Bookmark the permalink.

8 Responses to Portents of an Early Autumn